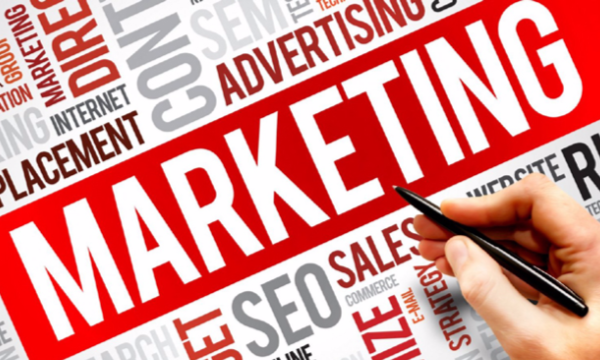 Video-sharing application TikTok's ad revenue is expected to triple this year to more than $11 billion, surpassing the combined sales of rivals Twitter Inc and Snap Inc, according to Insider Intelligence forecasts. Indeed, nearly $6 billion, or more than half, of this year's advertising revenue is forecast to be derived from the US, despite regulatory concerns over the transmission of US user data to China. Twitter and Snapchat are expected to generate $5.58 billion and $4.86 billion in ad revenue respectively for 2022, with the combined value still less than the $11 billion expected for TikTok. TikTok is also getting in the way of YouTube, as by 2024, the Chinese platform's ad revenues are forecast to reach $23.58 billion. This is almost equivalent to YouTube's revenue (23.65 billion).

Samsung launches its Ramadan 'Share The Goodness' campaign throughout the holy month:

During Ramadan, Samsung Electronics has launched its "Share the Goodness" Ramadan campaign to inspire and encourage people to do good deeds and highlight the quality and generosity that Samsung's products enable users to experience. During this Ramadan campaign, Samsung Morocco will unveil exclusive offers and discounts allowing customers to enjoy a wide selection of products. The campaign was initiated with a wonderful film celebrating the spirit of sharing with family and friends, highlighting human relationships and the role of Samsung products in helping to create an exceptional experience. It is important to note that Samsung products are transforming homes into connected spaces, whether it is for the benefit of the entertainment seeking user or the user who would prefer to purchase devices that will best suit their needs and requirements. This range represents the best products on the market, merging the latest contemporary innovations.

"Lotfi N7ila", the new original creation by inwi for Ramadan:

After Switchers, #Code and Sa3a, Rezo and VIP inwi are back with a new event series called "Lotfi N7ila". The action of this original audiovisual creation takes place in 15 episodes of 8 minutes each. It will be broadcast simultaneously on inwi's social networks and on the 2M television channel during the entire month of Ramadan on alternate days. "This social comedy is written by Hicham Lasri and co-directed with Hamza Atifi. It focuses on a hyper-connected delivery man named Lotfi, who dreams of one day launching his own mobile applications and becoming the new magnate of the digital world. However, in the meantime, Lotfi is forced to work as a deliveryman to make ends meet and finance his studies", states inwi in a release. "The role of Loutfi n7ila is played by the young rising star Ayoub Abounassr, supported by Saadia Azgoune, Benaissa Jirari, Fatima Ezzahra El Jaouhari, Saleh Abdelhak, Fedoua Lahlou, Malek Akhmiss... The series will also see the participation of several guest stars: Rachid El Ouali, Fatima Ezzahra Qanboua, Jaouad Zairi, Fadoua Taleb, El Mehdi Foulane and Fatima Ezzahra Lahrech. The series is anchored in the reality of Moroccan society, especially the phenomenon of e-commerce, which has experienced a meteoric growth in recent years, particularly since the launch of the health crisis. Now, a new ecosystem is born and deliverymen like Lotfi are an integral part of our daily life, assisted by the connectivity that helps them every day to offer their services in the best conditions.

On the occasion of the holy month of Ramadan, Lebanese star Nadine Njeim has appeared in the new advertisement of Kuwait-based telecommunications company "Zain", which carries the slogan "مكتوبة علينا مكتوبة". The advertising video reached a very high audience within a few hours of its release on the company's official pages. Indeed, the new ad campaign conveys many messages about some of the misguided ideas that our societies still suffer from, including the issue of bullying, racism, racial discrimination, and other important issues. At the beginning of the advert, Nadine appeared representing the scene of her injury in the Beirut harbour explosion while drinking her coffee at home. The video also features little Rayan, who accidentally fell into a well in northern Morocco and died despite strenuous rescue efforts. The segment has sparked controversial reactions on the web since its release. Some have criticised the fact that the mobile operator included the story of little Rayan in the ad. They questioned the feelings that this might bring out in the parents of the child Rayan Oram. Others, on the other hand, praised Zain's work, which they saw as a great gesture. According to them, thanks to this, he will remain forever in a corner of our memory.