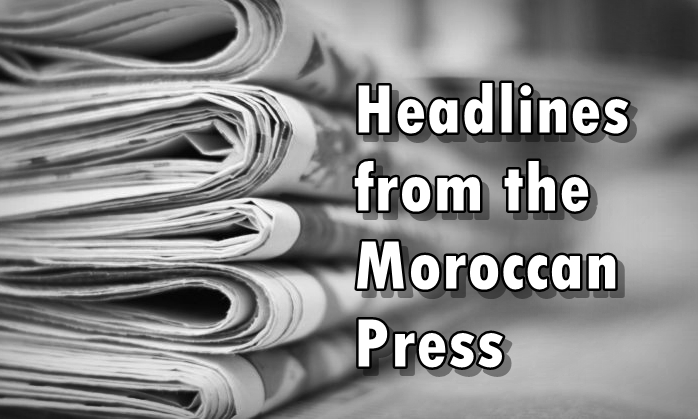 The government majority is starting to take shape:

The next week will be decisive for the formation of the new government team. In any case, the majority is gradually taking shape. In this sense, the political formations that came second and third respectively in the last elections have received the approval of their authorities to take part.

Political parties that have been able to invest in and intelligently exploit it have benefited greatly, as the numbers show. What initially appeared to be a default mode of communication because of health restrictions has proved to be an effective channel for reaching categories of voters and citizens who would not have been reached by conventional means.

The Ethiopian government and OCP seal an agreement for the implementation of a fertilizer project in Dire Dawa :

In a statement, the Ethiopian government has signed a joint development agreement with the OCP Group for the implementation of a fertiliser project in Dire Dawa in Ethiopia for a total investment of up to US$3.7 billion, announced by the Ethiopian Ministry of Finance.

Preschool: Time to catch up with the pandemic:

Pre-school education is crucial in helping children prepare for primary school and contributes to their cognitive and socio-emotional development. Yet, since the outbreak of the Covid-19 pandemic, this sector has been heavily impacted. Millions of children around the world have been deprived of pre-school education. In Morocco too, the closure of childcare facilities during the first months of the health crisis has affected children's schooling, especially as face-to-face teaching is essential at this age.

The outline of the next Executive is becoming clearer:

Members of the Libra party have agreed to the offer made by the newly appointed Head of Government, Aziz Akhanouch, to participate in the future governmental majority. Indeed, at the end of a videoconference meeting held behind closed doors, which lasted more than an hour, the "Parliament" of the Libra Party expressed its agreement, unanimously, to participate in the government. It mandated, to this effect, its secretary general. Nizar Baraka, to lead the negotiations with the RNI leader of the majority.

Soaring prices. FENAGRI points to the rise in world prices:

According to the National Federation of Consumer Associations (FNAC) and the Moroccan Federation of Consumer Rights (FMDC), the rise in prices of certain products has been visible on the markets for several weeks. For the latter, this increase, which mainly concerned the food sector, now extends to building materials, notably glass, whose price has risen from 70 to 135 DH, as well as aluminium and PVC (+23%). Other materials have seen a 10% increase. At the origin of this price surge, the exposure of the sector to the evolution of world prices, currently on the up, especially in the food sector.

Death of the ex-president Messages of sympathy and compassion from H.M. the King to the head of the Algerian State and to the members of the family of the deceased :

His Majesty the King Mohammed VI sent a message of condolences and compassion to the President of the Popular Democratic Republic of Algeria, Mr. Abdelmajid Tebboune, on the death of the former head of state, Abdelaziz Bouteflika. In this message, the Sovereign expressed his deep sorrow and emotion at the news of the death of the former Algerian president.

The USFP at the head of the communes of M'diq, Zemamra, and Zagora :

Abdelouahed Chaer of the Socialist Union of Popular Forces (USFP) was elected president of the M'diq Communal Council on Saturday. He gained 21 votes out of the 31 members of the council, while 4 members abstained and 6 members were absent during the session. 6 vice-presidents of the council were also elected on this occasion. They are Badriss Lazaar, Younes Layachi, Hicham Ahssan, Jawad Stitou, Kawtar Aalaouel, and Najat Laghmich.